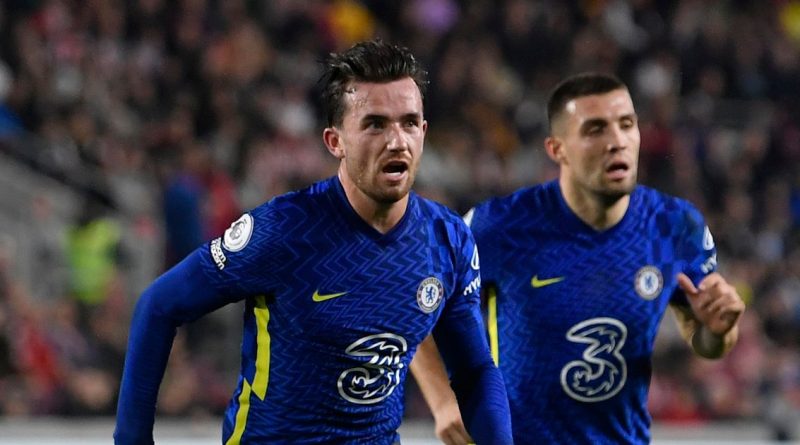 Chelsea survived a late onslaught as Ben Chilwell’s goal sent them back to the top of the table.

Chilwell gave the visitors a first-half lead but Edouard Mendy kept the Bees at bay to earn Thomas Tuchel’s side a hard-fought victory.

Brentford came close to opening the scoring on 21 minutes when Bryan Mbeumo hit the post, and Chelsea raced up the other end and had the ball in the net 11 seconds later.

Fortunately for the Bees, Romelu Lukaku had strayed offside before converting from eight yards.

However, Chelsea took the lead on the stroke of half time when the ball dropped kindly to Chilwell at the edge of the box and he made no mistake with a thumping strike.

Brentford rallied after the break and Mbeumo was denied by the woodwork again, while Edouard Mendy thwarted Ivan Toney, Saman Ghoddos, Pontus Jansson and then Christian Norgaard with an acrobatic save.

Chilwell started the season kicking his heels on the sidelines.

However, the England left-back is certainly doing all he can to impress his boss.

He scored in his first Premier League outing of the season against Southampton last time out and was on target again as he got the nod ahead of Marcos Alonso for the second successive match.

It was Chilwell’s third goal in as many league games for the Blues – as many as he has scored in his last 33 games across all competitions.

Ruben Loftus-Cheek has forced his way back into the fold
(

Shipped out on loan to Fulham last season, the 25-year-old could have left Stamford Bridge again before the transfer window closed.

However, Loftus-Cheek has forced his way into Thomas Tuchel’s plans and has started back-to-back Premier League games for the European champions, while Saul has been left sitting on the bench.

It’s three years to the day that Thomas Frank took over at Brentford.

The Dane, who had been a member of the backroom staff, was a surprise choice when he replaced Aston Villa-bound Dean Smith in the hotseat.

However, the 48-year-old has helped take the Bees to the next level.

After missing out on automatic promotion and then losing to Fulham in the play-off final, Frank ensured there was no hangover as the Bees clinched a spot in the Premier League promised land next time around.

Making his Premier League debut for Chelsea in place of the injured Antonio Rudiger, Malang Sarr had his work cut out against Ivan Toney and Bryan Mbeumo.

However, the 22-year-old looked assured on the left-hand side of the visitors’ back three.

He has proved to be an able deputy should he need to be called upon again.

Both of those games came in the FA Cup when the Bees, who were in League One and then the Championship, came out second best against their Premier League neighbours.

However, the Bees proved more than match for the European champions.

They are not in the top flight just to make up the numbers and showed why again with another gutsy display.