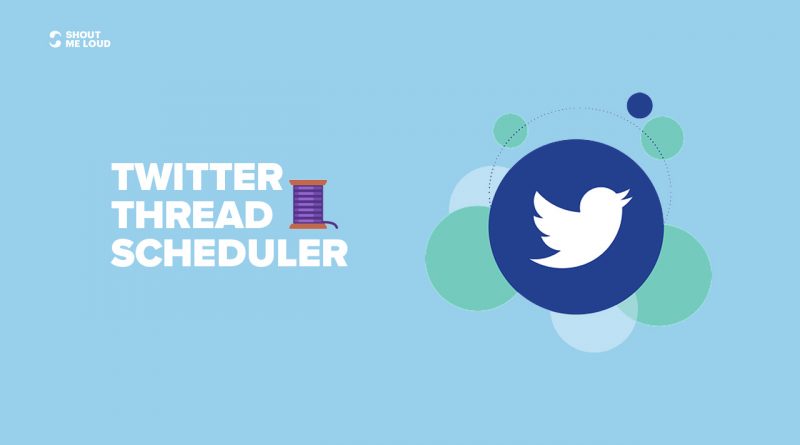 A Twitter thread is a series of connected tweets from one person.

And mind it, when a social network launches a new feature, they usually give it more weightage in their algorithm than the rest of the features.

At the time of writing this post, creating a Twitter thread is one of the features that would help you skyrocket your Twitter following and engagement.

Here is an example of one such Twitter thread:

This is all good for creating a real-time thread. But how about automation?

Sounds exciting? Because it is…

So without further delay, let’s look at some of the best apps that let you schedule Twitter threads.

Circleboom publish, is a multi-purpose social media automation tool that supports all major social media sites like Instagram, Tiktok, Twitter, and LinkedIn, to name a few.

Getting started with Circleboom publish is easy. Once you connect your social media accounts with their platform, you can create a Twitter thread that you can publish right away or schedule for publishing later.

Its compose tweet tool is integrated with Canva and Unsplash, which would help you import images faster. And, if you are like me, who likes to use a ton of gifs, you can use its inbuilt Giphy search to add gif images to your tweets.

Circleboom publish is not costly, as the cheapest plan is only $3.99/per month, which is close to what we pay for a cup of Starbucks coffee. The best part is they offer a 14-day free trial which is good enough for you to test their Twitter thread scheduling feature and decide if you should be investing your time and effort in creating threads on Twitter.

Typefully is another popular app for writing and scheduling Twitter threads. Unlike Circleboom, it is made only for Twitter and offers many advanced features such as analytics, Collaboration, best time to tweet, to name a few.

The price of Typefully is almost 2x that of Circleboom publish, but if your marketing focus is only on Twitter, you might be better off with Typefully.

Other cool features of Typefully are:

There are many advanced features (pro) that make Typefully one of the best Twitter thread scheduling tools.

Note: With the free account, you would be able to publish from Typefuly. However, for the scheduling feature, you need to upgrade.

Oneup is a social media scheduling tool that also supports the Twitter thread scheduling feature. Here are some of the amazing features of Oneup:

They also offer a free account, but it has a strange limitation of only three tweets per thread.

There are many more apps that support Twitter thread scheduling feature, and if you are not happy with the above three, here are a few more for you to explore:

Typefully is the best Twitter thread scheduler tool, especially if looking for a standalone app. Especially if you are a social media marketing agency, you would enjoy their feature of multi-user, which ensures the safety of your client’s Twitter account. However, if you are looking for a solution that does more than Twitter threads, then you can look into Circleboom or Oneup.

I have talked about Socialpilot earlier, and this is one tool that is ideal for any small business or marketing agency. They don’t have a Twitter thread feature yet. However, they have released a free tool called “Threadmagic.” This tool lets you create a .pdf version of any Twitter thread that could be further shared on your LinkedIn profile or pages. This is one smart way to repurpose your existing threads for extra reach.

You can see examples of such posts on my LinkedIn profile here.

There are times when you would discover Twitter threads as long as 50-100 tweets, and you may not have time right now to read it. This is where an app called Threadreaderapp comes into play. This is a Twitter app that let you convert any Twitter thread into a blog post, and here is how it works.

You can see an example here.

To be successful in the world of social media marketing, you need to ride the trend. Twitter thread is one of those trends which could make your or your client’s Twitter profile viral. If you have hired an agency to manage your Twitter profile, you should ask them to integrate Twitter thread as a part of your content strategy.

Now, it is your turn to let us know: how are you using the Twitter thread in your Twitter marketing strategy? What kind of benefits have you noticed so far? And, if you want to share/suggest any other similar tool, our comment box is open for you.