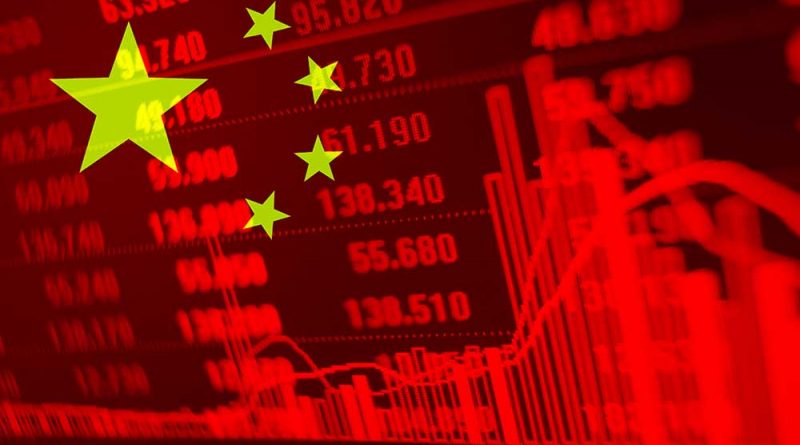 
China is the world’s most-populous nation and the second-largest economy with a booming urban middle class and amazing entrepreneurial activity. Often dozens of Chinese stocks are among the top performers at any given time, across an array of sectors.

But with China’s crackdowns a wide array of U.S.-listed Chinese stocks spanning many industries have been hammered in 2021. Coronavirus restrictions, power shortages and global supply-chain issues have all weighed on Chinese companies.

There’s also always the risk the Chinese stocks that trade in the U.S. could be forced to delist, by either Beijing or Washington. But that wouldn’t affect BYD. Warren Buffett’s Berkshire Hathaway has a stake in the China EV and battery giant.

Best Chinese Stocks Across Many Industries

Several Chinese financial firms or brokerages listed in the U.S.

Investors should be aware of significant risks with investing in Chinese stocks. The authoritarian state and its regulators can impose sweeping restrictions, fines or bans on major companies, often with little notice or transparency.

That risk has been very apparent over the past year.

Alibaba ran afoul of regulators in late 2020, with regulators opening probes into internet platforms and suspending the Ant Group IPO. In April, China fined Alibaba $2.8 billion for anticompetitive actions and ordered it to change various practices.

A late 2020 U.S. law could force Chinese companies to delist from U.S. markets. That threat isn’t imminent, and could be averted with negotiations between the Treasury Department and Beijing over accounting oversight. Still, it’s something that could loom large for China stocks in the coming years.

The SEC on Dec. 2, 2021 said it’s finalized a plan for moving ahead with that delisting law. As a practical matter, it could be years before delistings are an imminent threat. Still, it comes just days after Beijing denied a report that it was gearing up to largely end the structure of most overseas listings of Chinese firms. China ride-hailing giant Didi Global (DIDI) said late on Dec. 2 that it will delist from U.S. exchanges and list instead in Hong Kong, further fueling delisting concerns.

One way to minimize individual China stock risks is via ETFs. Another advantage of buying ETFs is that a growing number of Chinese companies are listing in Hong Kong or Shanghai, instead of or in addition to the U.S.

As always, investors should be following the overall stock market trend, adding exposure in confirmed uptrends and paring exposure or going fully to cash in corrections or bear markets. Right now the stock market has started a rally attempt, but remains in a correction.

Join IBD experts as they analyze actionable stocks in the stock market rally on IBD Live.

Focus on the best stocks to buy and watch, not just any Chinese company.

IBD’s CAN SLIM Investing System has a proven track record of significantly outperforming the S&P 500. Outdoing this industry benchmark is key to generating exceptional returns over the long term.

Look for companies that have new, game-changing products and services. Invest in stocks with recent quarterly and annual earnings growth of at least 25%.

Start with those with strong earnings growth, such as Alibaba or Pinduoduo stock. If they’re not profitable, at least look for rapid revenue growth as with Nio stock. The best China stocks should have strong technicals, including superior price performance over time. But we’ll be highlighting stocks that are near proper buy points from bullish bases or rebounds from key levels.

Chinese stocks in general are out of favor now, with the possible exception of EV stocks. While Chinese electric vehicle makers are not immune to regulatory pressures, Beijing appears to want to foster the domestic industry.

Li Auto is one of several Chinese electric vehicle makers that trade in the U.S., competing with each other and Tesla (TSLA).

While still losing money, Li Auto has seen huge sales growth from its one current model, the Li One SUV. The Li One is actually a hybrid, with a small gasoline engine to extend its range.

Li Auto fell modestly on Nov. 1 following its October deliveries. But a handle in its base gave it a lower official buy point of 34.93.

Following earnings on Nov. 29, Li Auto gapped as high as 36, but closed slightly below the 34.93 buy point. However, LI stock moved back above that buy point on Nov. 30.

Shares briefly reclaimed their 50-day line, but struggling there again. But the buy point is not valid anymore.

Li Auto debuted on the Hong Kong exchange on Aug. 12, joining Xpeng in having a dual listing.

Li stock has an 87 IBD Composite Rating out of a best possible 99.

Bottom line: Li Auto stock is not a buy.

While not as large as the diversified, profitable BYD, Nio is the most established of the Chinese EV startups. Nio has three electric vehicles, the ES8, the ES6 and the crossover EC6. It plans to release a high-end EV sedan, the ET7, in 2022.

Nio is expected to unveil a small sedan at its Nio Day on Dec. 18.

Nio delivered 10,878 vehicles in November, 106% above a year earlier. That’s up sharply from October deliveries of just 3,667 amid production line shutdowns to prepare for new models. Nio has expected to deliver 23,500-25,500 EVs in the fourth quarter, little changed vs. Q3.

Nio has begun Norway deliveries for its ES8 SUV, kicking off a European expansion.

Shares have rebounded over the past few weeks. The Nov. 8 intraday high of 44.27 is now an early entry, though investors could use a trend line from the top to get an even-lower entry. The official bottoming-base buy point is 55.23.

Nio stock sold off hard in early December, hitting their lowest levels since May. Shares are bouncing back somewhat.

Bottom line: Nio stock is not a buy.

BYD reportedly will unveil a new premium brand in the first half of 2022, starting with a luxury SUV crossover.

Like Nio and Xpeng, BYD has begun selling EVs in Norway, starting with the Tang SUV. Exports are likely to be a big part of BYD’s future, as production continues to ramp up sharply. BYD is gearing up to sell EVs in Australia.

Shares broke out of a double-bottom base with a 35.35 buy point in Oct. 15, then kept running. BYD stock tumbled Oct. 28 and Oct. 29 on the Q3 EPS report and a $1.77 billion stock offering. BYD fell back into the buy zone but quickly moved back to highs. Shares continue to consolidate around new highs and above the prior base.

BYD stock now has a 41.34 three-weeks-tight entry as the China EV giant had been trading right at record highs since late October. Shares have retreated, recently undercutting support at the 50-day line.

BYD is listed in Hong Kong and trades over the counter in the U.S. So the BYDDF stock chart is prone to lots of little gaps up and down. But it also means that BYD is at not at threat of a U.S. delisting.

Bottom line: BYD stock is not a buy, but is consolidating near all-time highs.

Xpeng makes the G3 small SUV, the P7 sedan and the smaller P5 sedan. The P5 sedan, officially launched in mid-September, is the first production car to come with Lidar.

Xpeng sells some G3 SUVs in Norway, and is just expanding that to include some P7 sedans.

On Nov. 12, Xpeng said it would unveil a new SUV on Nov. 19 at an auto show, sending shares to a new high that day. On Nov. 19, Xpeng unveiled the G9 SUV, saying it’s targeted for international markets. The fast-charging SUV is due to launch in Q3 2022.

After trading above and below that entry for several weeks, Xpeng stock roared back above the 48.08 entry on Nov. 23 following earnings. Shares reversed lower on Dec. 1 following November deliveries. XPEV stock then plunged with EV peers on Dec. 2, but rebounded from near its 50-day line to close just above the 48.08 entry.

But shares sold off again on Dec. 3, diving below the no-longer-valid buy point and even the 50-day line. XPEV stock briefly recovered its 50-day line but is losing that again.

Bottom line: Xpeng stock is not a buy.

JD.com is a Chinese e-commerce giant. But unlike many of its rivals, including Alibaba, JD.com is on the upswing.

JD.com earnings fell 2% in the latest quarter, while sales grew 32% to $33.9 billion. But that topped views, unlike many China internets, including Alibaba.

On Nov. 18-19, JD.com stock broke a long-term trend line and then cleared short-term resistance to hit an eight-month high.

JD.com stock briefly had a handle on its large cup base, giving it a 92.79 entry.

But JD.com stock plunged in early December on delisting fears, falling below its 50-day and 200-day line.

Shares are back above their 200-day line, but the handle is now too deep to be valid.

Bottom line: JD.com is not a buy.

Bulls Are Back, But Still Penned In; 7 Stocks To Watch