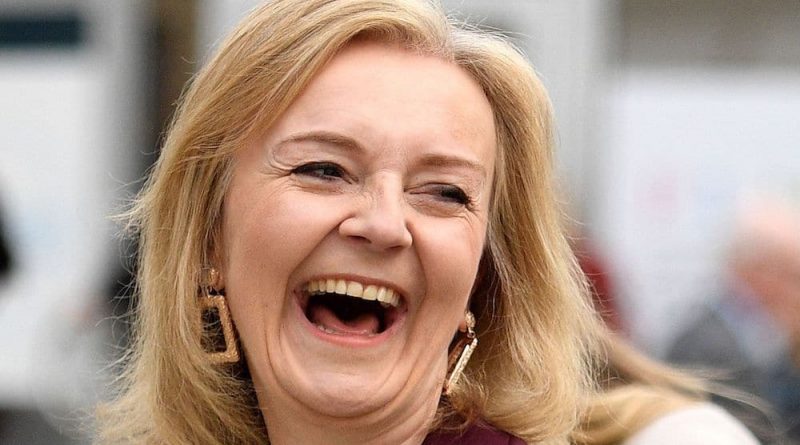 Foreign Secretary and Minister for Women and Equalities Liz Truss at the Conservative Party Conference. (AFP via Getty/ OLI SCARFF)

On Friday (29 October), the UK government finally published its consultation document for a conversion therapy ban. Unfortunately, it is littered with red flags.

The consultation will run for six weeks, and will seek the opinion of the public on the details of legislating for a ban on the discredited and traumatising practice of so-called conversion therapy.

The UK’s LGBT+ community has been waiting for more than three years for a ban, since it was promised by the Conservatives in 2018, but some elements of the consultation are concerning.

In a ministerial foreword to the consultation by foreign secretary and minister for women and equalities Liz Truss, she writes: “The proposed protections are universal: an attempt to change a person from being attracted to the same-sex to being attracted to the opposite-sex, or from not being transgender to being transgender, will be treated in the same way as the reverse scenario. They therefore protect everyone.”

The idea that children are being coerced into “becoming” trans is a popular anti-trans talking point, a myth which suggests that affirming trans and gender non-conforming kids will cause them to be trans when they otherwise would not have been.

The idea is referenced six times throughout the document.

Medical treatment for trans kids is compared to conversion therapy

The document also alludes to another anti-trans talking point – that trans children will be pushed to go down a “path” which “might result in an irreversible decision”.

The clear reference to medical care for trans children reads: “It is also vitally important that no person is forced or coerced into conversion therapy, and that young people are supported in exploring their identity without being encouraged towards one particular path.

“This is especially the case for those who are under 18 and where this might result in an irreversible decision.”

It later adds: “The government is determined to ensure that no person is put on a clinical pathway that is not right for them, and that young people are supported in exploring their identity without being encouraged towards one particular path.

“Forcing or coercing a person into this position would be considered conversion therapy.”

There is only one NHS children’s gender and identity clinic in England, and all medical professionals treating trans kids work under strict rules for what treatment can be offered.

The only physical intervention offered by the NHS to children under the age of 16 is puberty blockers, the effects of which are reversible.

Cross-sex hormones (oestrogen or testosterone) can be prescribed from the age of 16, but only after 12 months on puberty blockers.

Nowhere in the UK is gender affirmation surgery available to children – surgery is only available to people over the age of 18, in adult services.

There is no evidence that children anywhere in the UK are being coerced into “irreversible” medical treatment, let alone evidence that this is being used as a form of conversion therapy.

The consultation proposes exemptions in law for religious conversion practices

LGBT+ activists have been concerned that a UK conversion therapy ban could include a religious carve out since April, when Boris Johnson said  that a ban on the horrific practice would not apply to adults who seek “pastoral support” from religious institutions.

Sadly, this is exactly what has been proposed.

Jayne Ozanne, a former member of the government’s LGBT+ advisory panel and herself a conversion therapy survivor, told PinkNews: “The consultation document makes little mention of the harm that religious practices are known to cause, nor does it recognise that the government’s own research has shown that these form the majority of such practices.

In the document, the government lays out the definition of consent from Section 74 of the Sexual Offences Act 2003: “Where a person agrees by choice, and has the freedom and capacity to make that choice.”

But campaigners, and existing case law, say that no one can freely consent to psychological harm.

Conversion therapy “invariably involves an imbalance of power”, the memo said, as those who supposedly “consent” to conversion therapy believe their sexual orientation or gender identity to be wrong, and are often “emotionally and/ or financially dependent” on the social group proposing conversion therapy as a solution, for example their family or faith group.

Reverend Dr Helen Hall, one of the signatories of the memo, told PinkNews: “Any ban on conversion practices which allows an exception for consent will fail to protect vulnerable people.

“Whilst some individuals are physically compelled to take part, many more walk in and apparently assent to participating, but they do so as a result of immense social, emotional and often spiritual pressure.

“Consent in these circumstances is not voluntary or informed, and treating it as such is a defeat for free choice rather than a victory.”

Anyone can respond to the conversion therapy ban consultation

Any member of the public can respond to the conversion therapy consultation, which runs for six weeks, closing on 10 December at 11.45pm.

The full consultation can be accessed here, and anyone wishing to give their opinion on the proposals can submit their responses online.

Responses can also be submitted by email or by post.

The LGBT+ anti-abuse charity Galop said in a statement that the heightened discussion around conversion therapy during the consultation period may be “difficult” for survivors, and that they can contact the charity’s conversion therapy helpline on 0800 130 3335 for support.