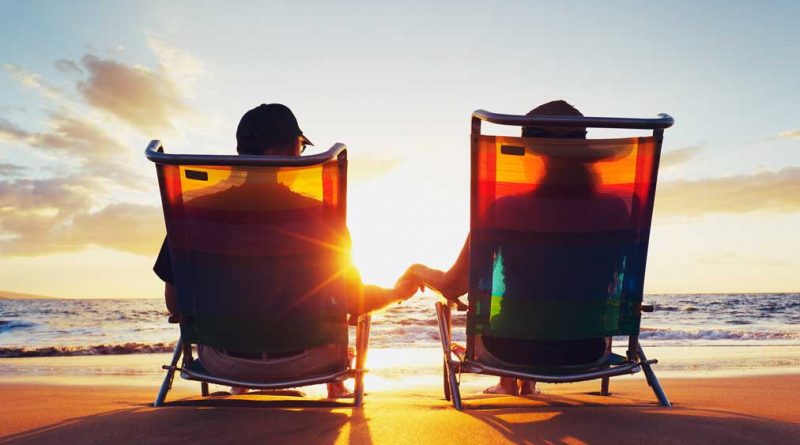 
Looking for a way to boost your retirement income? You can’t live off Social Security benefits alone. Smart retirement planning says the 4.7% Rule — not the 4% Rule — is your best shot for maximizing your retirement savings’ ability to generate income for 30 years.


Who says the “4.7% Rule” tops the “4% Rule” for generating income from retirement savings?

Retirement planning expert William Bengen, who created the rule, says the 4.7% Rule is your best strategy, as IBD recently explained.

Don’t tune this out. The debate between 4% and 4.7% is not just an argument that only math nerds care about. The difference is not just a tiny, inconsequential number that follows a decimal point.

Following the 4.7% Rule instead of the 4% Rule can save you big bucks. Why? You don’t need to save as much and will still have the same amount of money to retire with. For the average person, it makes a difference of about $283,000 in their retirement savings.

For most people, that’s serious money.

Think about that. How much easier does saving for retirement look to you if you know you can enjoy the same standard of living with a nest egg that is $283,000 smaller? Probably much easier.

That makes the difference between a 4.% Rule and the 4.7% Rule big. It has huge implications for how to build your retirement savings.

And it can let you safely generate a lot more income in retirement.

Here’s how. Start by recognizing how much money you need to save for retirement. Members of 401(k) plans tell Charles Schwab that, on average, they expect to need $1.9 million in retirement savings.

Imagine you hit that target. If you withdraw 4% in your first year of retirement, you’re pulling out $76,000.

Now suppose you’re on track to earn $100,000 annually in five years, the year that you retire. Let’s say that at that point you’ll be 70 years old.

A single person in that situation could also likely receive a yearly $33,737 Social Security benefit. That’s the size of the benefit likely for someone on that income path, who gets pay raises averaging 1% a year, while inflation — which impacts Social Security cost-of-living adjustments — averages 2.9% a year.

That last assumption may need tweaking. The annualized U.S. inflation rate rose to 7% in the 12 months ended in December. That was its sharpest rise since June 1982.

But for the moment let’s be optimistic and assume that Federal Reserve interest rate hikes tame inflation before too long. Let’s also assume that inflation has been fueled by the abrupt rebound in the economy since the pits of the coronavirus pandemic slowdown in 2020.

Where does that leave you? Your 4% withdrawal plus your $33,737 in annual Social Security benefits equal $109,737 of income that year, according to the bankrate.com Social Security calculator.

But look how applying the 4.7% Rule helps you.

If changes your first-year withdrawal from your $1.9 million in retirement savings into $89,300.

Further, the fact that your withdrawal income alone is higher — $89,300 vs. $76,000 — as well as your combined income, means there’s a good chance that your Social Security benefits would be higher.

So there’s a ripple effect, boosting your overall income.

Look at the flip side too. What if you’re satisfied getting by with just the original $76,000 withdrawal that you got from a 4% withdrawal from $1.9 million in retirement savings?

That makes your annual task of saving and investing for retirement, augmented by Social Security, much easier.

How did the 4.7% Rule become the 4% Rule? The 4% version of Bengen’s rule was based on financial conditions in the late 1960s. That period posed a worst-case scenario of plunging markets and soaring inflation. Bengen showed that if a retiree withdrew 4% of savings in their first year of retirement, then added a percentage equal to inflation each year after that, their savings would last 30 years.

But the worst-case scenario conditions improved after that. Bengen updated his conclusions. Retirees could start with a first-year withdrawal of 4.7%.