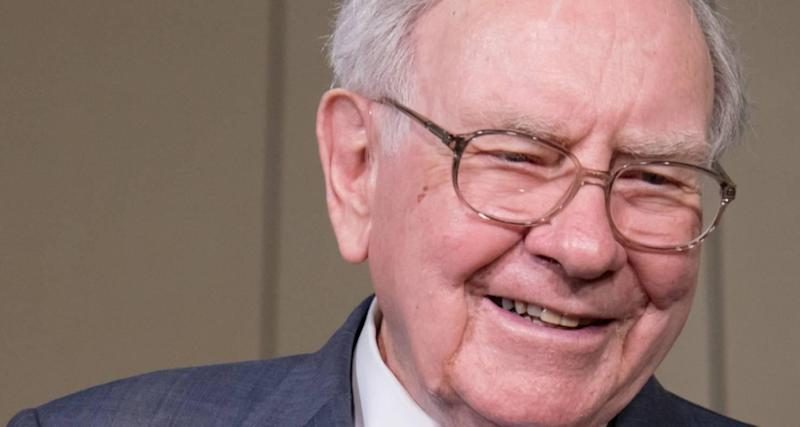 
January can be a confusing time for investors.

As the planet starts its new spin around the sun, and while many of us are still searching for signs of market logic in the past 12 months, it’s also time to put together an investment strategy for the new year.

That’s not easy to do when every expert with a prediction for 2022 is encouraging you to try something different with your money.

One reliable source of guidance could be the $350 billion public stock portfolio managed by Berkshire Hathaway. Warren Buffett, the conglomerate’s leader for more than 50 years, is not exactly known for picking stinkers.

But not every stock in the Berkshire portfolio has peaked. There are several that are attractively priced and loaded with upside.

Let’s look at three of them now. You might even be able to get a piece of them with nothing more than a few spare pennies.

Verizon’s stock has been pretty much a wash over the last five years. It’s only up 3.5% over that span. And a slow, steady decline since May has its share price sitting only slightly higher than when the market hit the skids in March of 2020.

Verizon is betting big on 5G, the next evolution in wireless communication.

The company says it plans to invest an additional $10 billion in its networks between 2021 and 2024 so it can offer in-home broadband services — at speeds of up to 1GB per second — to up to 50 million U.S. homes. That translates to around 41% of the entire U.S.

Currently, the stock sports a paltry forward P/E of 9 and offers a juicy dividend yield of 4.9%.

Shares in cloud-based e-commerce technology firm StoneCo have been hemorrhaging value for several months now. StoneCo has sunk just shy of 80% over the past year.

StoneCo’s business model is somewhat similar to that of ecommerce giant Shopify.

Its tech provides a convenient suite of solutions for entrepreneurs looking to deal directly with consumers. As more and more people try to turn their side hustles into full-fledged businesses, platforms like StoneCo’s should experience greater demand.

Despite StoneCo’s stock being so volatile, Berkshire still owns over 10.6 million shares in the company.

StoneCo shares have a forward P/E of 11.

Of course, if you don’t want to gamble on individual winners and losers, you can always build a diversified portfolio just by using your digital nickels and dimes.

Don’t laugh. Amazon’s stock just wrapped up a rather dull 2021. And it’s down more than 8% in the last six months.

While the company continued racking up sales last year — $111 billion worth in Q3 — net income shrank considerably as the company dealt with pandemic-related shipping and staffing challenges and made overdue investments in its workforce.

But those knocks to profitability should be short-term.

Amazon remains one of the biggest players in three massive, rapidly growing industries: e-commerce, cloud computing and streamed content. Considering the company’s size, wealth and willingness to do what it takes to increase market share, it’s hard to envision any company rising up to take Amazon’s place in any one of them.

The long-term potential of Amazon Web Services alone should mean that Amazon, even when it’s trading at over $3,300 a share, has plenty of room to grow.

Warren Buffett is known as an advocate for patient investing and long-term holds. But you don’t need to be in the stock market to put his advice to use.

A long-term investment in fine art might be a promising alternative.

Since 1995, fine art has outperformed the S&P 500 almost every year. And it’s becoming a popular way to diversify because it’s a real physical asset with very little correlation to the stock market.

On a scale of -1 to +1, with 0 representing no link at all, Citi found the correlation between contemporary art and the S&P 500 was just 0.12 during the past 25 years.