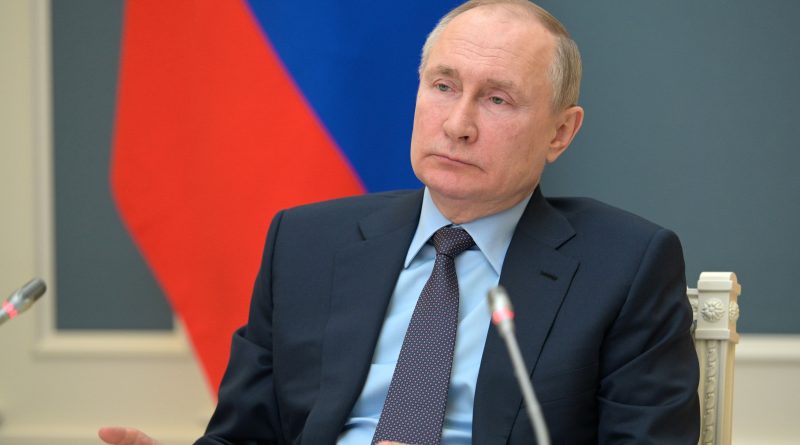 Russian President Vladimir Putin attends a session of the board of trustees of the Russian Geographical Society via a video conference call in Moscow, Russia April 14, 2021.

Energy prices have soared across the board as economies reopen after months of pandemic-induced lockdowns and supply remains tight. West Texas Intermediate crude futures, the U.S. oil benchmark, crossed $80 per barrel last week for the first time since Nov. 2014.

But Putin, leader of one of the world’s biggest oil-producing nations, believes it can go even higher. When asked if WTI could reach $100 per barrel, he said: “That is quite possible.”

Speaking to CNBC’s Hadley Gamble at an event in Moscow, Putin, however, said that Russia and other oil-producing countries are doing their utmost to bring some stabilization to the market.

“Russia and our partners and OPEC + group, I would say we are doing everything possible to make sure the oil market stabilizes. We are trying not to allow any shock peaks in prices. We certainly do not want to have that — it is not in our interests,” he said, according to a translation.

Earlier this month, OPEC + decided to keep its stance by not stepping up production, despite pressure from other nations. The group is meeting regularly to discuss its policies amid a volatile energy market.